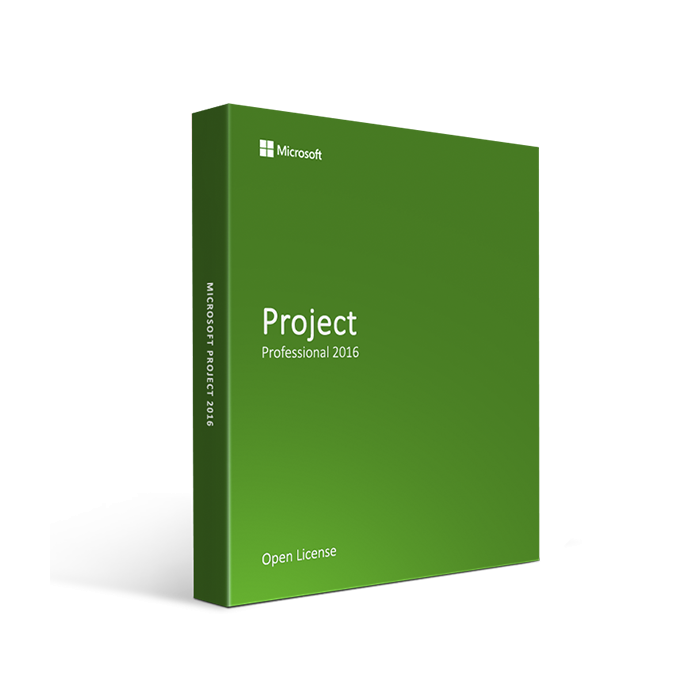 Microsoft Project is a task administration software, created and distributed by the Microsoft company. Its initial release was all the way back in the year 1984, meaning that the software has been through many changes and re-branding since it was first introduced to the public eye.

This was Microsoft’s third application that is primarily for Windows, and it didn’t take a long time for Project to skyrocket and claim an important spot when it comes to PC-based project management. Its most known uses include easy project management when constructing plans, distributing and assigning different assets to projects, creating financial plans and managing workloads. Despite being a part of the Microsoft Office family, Project is not sold as independent software, and at the time of writing does not have a Mac version release either.

We already established that Microsoft Project 2016 Professional is a powerful tool that makes management easier by offering powerful control and monitoring capabilities in all stages of project development and fulfillment. When developing and implementing new features into Project 2016 Professional, Microsoft had a challenge - the public demanded them to retain Project's status as the industry-standard project management software.

Integration also became an important part of the industry, meaning that already existing Office users were looking for integration capabilities for all systems.

With Microsoft Project 2016 Professional, not even the smallest of details get ignored, as even small information can become vital later on. This user-friendly, helpful and effective tool lets you and your project managers work effectively and accurately by aiding calculations, assigning resources and manage different types of project details with just a couple of clicks.

In order to fully understand the software, it is important to know the core elements of it and understand some of its terminologies to its fullest. Luckily, Project 2016 Professional can be broken down into a few really important parts, and learning about these will allow you to navigate the application with ease. With that being said, the key elements of Microsoft Project 2016 Professional are the following:

Resources are referred to as profiles, which are crucially needed in order to perform particular tasks in Project 2016 Professional, and other versions of it as well. Resources can be anything, for example, if your project is about testing something, your resources would be people: test engineers, business analysts, defect managers and more; meaning that the resources required to perform a task are people. Materials can also be resources: if you are building a house, your resources are more likely to consist of materials such as bricks, windows, concrete, and other objects.

Allocation is almost self-explanatory, it simply refers to assigning the resources you are working with to a particular task.

Scheduling is one of the most important parts of Microsoft Project 2016 Professional. There are two types of scheduling that you can use: manual scheduling and automatic scheduling.

Why buy the Professional edition?

Just like every major Office suite application, Project is released in multiple editions, which gradually offer more features, services. As a downside, each step-up from the previous edition also comes with a higher price to be paid. Project 2016 Professional is targeted towards small to medium-sized

businesses and organizations, which can be seen in the features offered in this edition. As opposed to the Standard edition, Project 2016 Professional also comes with features that a business should definitely need, such as support for collaboration via Skype for Business, the ability to sync tasks in SharePoint, as well as support for Project Online and Project Server sync.

You can also access some new features by purchasing Project 2016 Professional, such as resource management, and the ability to submit timesheets which allows you to keep track of time spent on a project, making it easier to create invoices, calculate payrolls and various other business purposes of the like.

All functionality of previous Project editions is still available in Project 2016, and you can even open files that originate from Project 2007. With various additional and innovative features such as business intelligence management, the new heat map view, as well as the many collaborative features that Project 2016 Professional offers, a growing company - and even companies that are already of a larger size, - can easily collaborate on their projects, making it less of a hassle to work together.

You can increase your business presence with the ability to use Skype from the office, take advantage of the timesheet management capacities as well as syncing your work with online and server-based versions for any additional collaborative purposes. Upgrading to Project 2016 Professional is a clear step forward in managing your business' projects, and you can once again gain more control of your resources while also increasing your cost and time efficiency.

What is an Open License?

Project 2016 Professional is an excellent choice if your company is in need of a project management software, it is designed for small to medium-sized businesses in mind, and the open licensing on this product further reinforces that. This product is an open license, meaning it is for government organizations, charities, health organizations, educational institutions, qualifying 501(c)(3) nonprofit organizations, and multinational organizations, who are looking to outfit all of their PCs through the organization rather than by buying individual licenses. Open licensing is the most cost-effective and lowest up-front cost to install Microsoft Office products throughout your entire organization.