Be the first to review this product
$94.99
In stock
SKU
access2016gov
Add to Wish List Add to Compare
Microsoft Access is a database manager that provides all of the tools necessary to store, analyze, and report on your data for your office.
Skip to the end of the images gallery 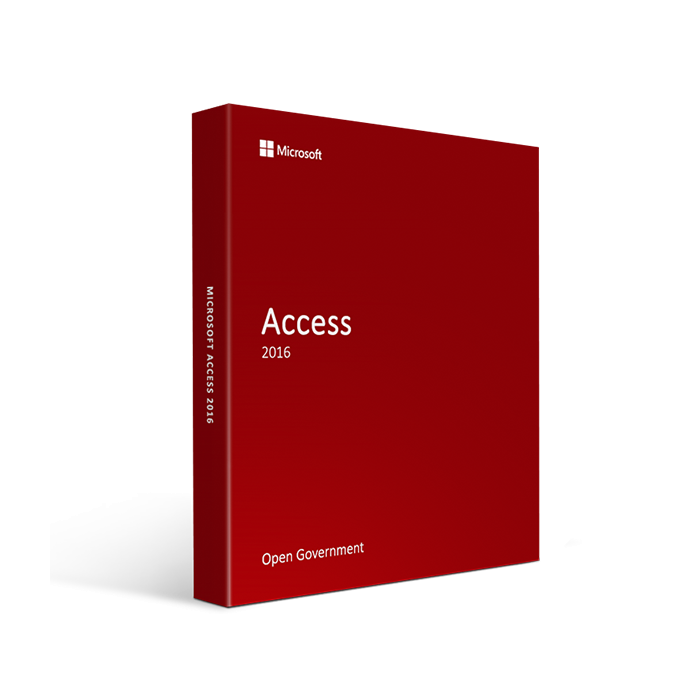 Microsoft Access 2016 Open Government offers you a more flexible, as well as a more powerful, way to deliver your best work no matter where you are. Such as your office, home, or at school.

With Microsoft Access 2016 Open Government you will be able to create standout reports as well as create presentations with tools that help you capture your ideas more creatively.

Furthermore, Microsoft Access 2016 Open Government stays connected to all your projects, even when you're away from your computer. With access to your Office files, via the Web browser (or Windows phone) having all your projects readily available to you has never been easier.

Work much more effectively with others by sharing, editing, and most importantly reviewing files all at the same time.

With Microsoft Access 2016 Open Government, you are indeed in control, and you will find that getting things done as well as producing amazing results will be effortless.

The overwhelming reviews and feedback, in regards to this software, have been mostly positive. Here are just a few comments from users who have been thoroughly satisfied with this product.

“Last year I bought a Microsoft Office Professional package for my personnel computer through y employer. Unfortunately since they were move privy to my future with them than I was, the package sent to me was the subscription format not the use as long as was feasible that I received 5 years earlier. The product downloaded pretty much without my input and left me with a few surprises. One was a product key accessible by calling an 8xx or such toll free number that usually takes hours to secure (unless one is very lucky). So this year, no longer with my former employer and in need of a full featured MS Office Professional version that loads without the increasing incident of reboot requests to try again or having the program operating in a crippling manner, I ordered this package through Amazon. After removing the previous version and installing this copy, I am happy again.” - R Waldren

Brought This With High Hopes But Was Left Feeling Meh….

As for the rest of Office 2016, very little added besides new color schemes of Colorful (Bright colors on the title bar and tab groupings of each of the programs) and a dark grey theme. The washed out white from Office 2013 is still here, but the light grey and medium greys of Office 2013 are not (could be added later by Microsoft). The collaboration features promoted by Microsoft is useful in a corporal environment, but most home users and small business users will have no use for them.

You could use Office 2016 blindfolded if you are familiar with Office 2013. The office apps (now called add ins) are still here. I would not recommend upgrading to 2016 from Office 2013 unless you need or want the BI features in Excel, then it's worth it.” - Ed

Microsoft Access 2016 Open Government easily excels in the area of apps. Anyone who works in high-level government positions will know how imprint it is to have information and data stored in a system that is customizable and tailored to specific individuals in high areas. This software does an excellent job at a doing that and makes it superlatively simply to keep track of your data and information.